MSRC’s dispersant program was designed to meet the US Coast Guard planning requirements for tank and non-tank vessels. MSRC’s dispersant aircraft and dispersant stockpiles are staged to meet the time requirements of these regulations. The use of aircraft to spray dispersant allows responders to cover a large area within a shorter period of time than spray systems based on vessels. The King Air BE-90 is designed to act as an initial spray aircraft and then become a spotter aircraft for the larger payload C-130. The King Air BE-90 is crewed by two personnel, a pilot and a co-pilot. The dispersant payload for a King Air ranges from 250 to 425 gallons. The King Air travels at an altitude of 75 feet during spray operations and at speeds of 130 to 175 knots. The King Air can transit at speeds ranging from 150 to 200 knots. 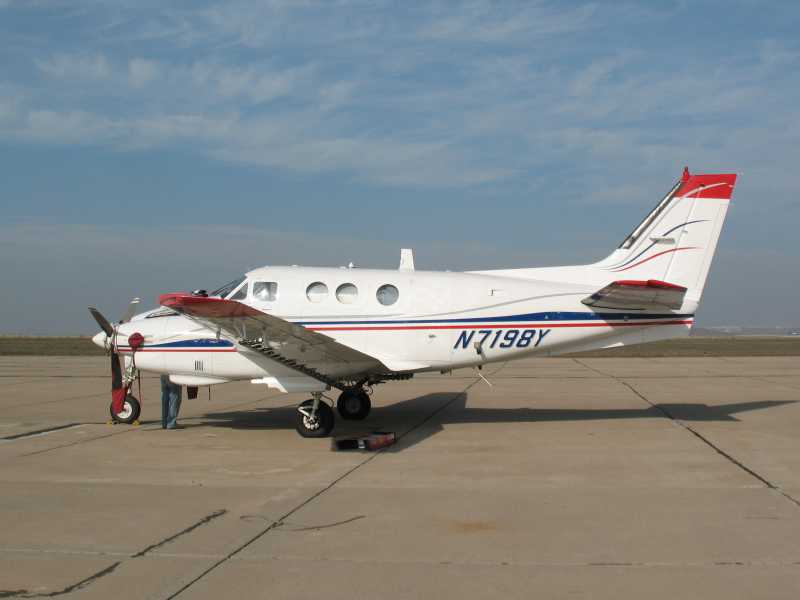